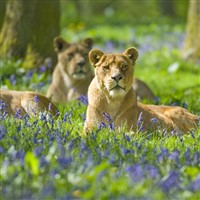 A great family day out to Longleat Safari Park and House

Longleat offers a multitude of attractions and Longleat House is widely regarded as one of the most beautiful stately homes. The Safari Park tour allows you to get close to the lions, tigers, giraffes - to name but a few of the animals, many of them seen on the television, we even venture into the Monkey enclosure to see what they make of the coach. There's also The Giant Otters,  Crocodiles exhibit  and Koala Creek featuring southern Koalas and southern hairy-nosed wombats.

It is not possible to display the map. This may be due to Google Maps not being supported in your browser.

Search The location was not found

There are currently no departures available on this tour.

The website timed out while searching for the departure dates. Please try again.